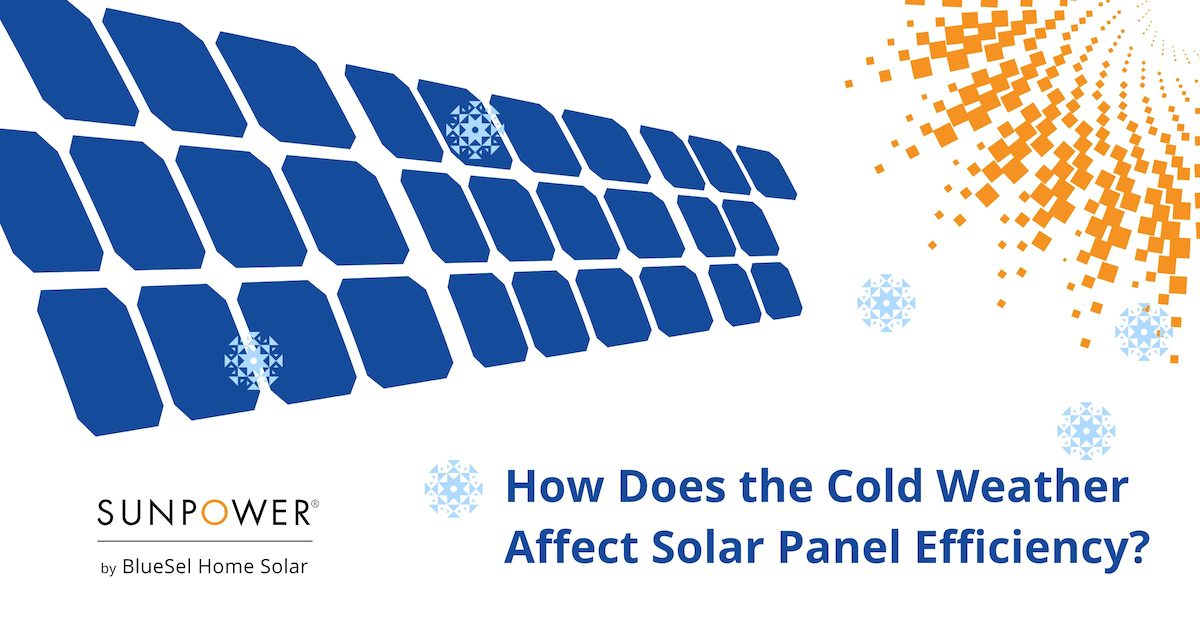 How Does the Cold Weather Affect Solar Panel Efficiency?

The sun’s power is often associated with the powerful levels of heat it pumps out during long summer days. For this reason, people assume that during the colder months, the sun is not as powerful and therefore not as effective at producing solar energy. The opposite is true! Keep reading to learn about how even during winter months in New England your solar panels will be producing optimal levels of solar energy output.

Contrary to what many may believe, solar energy efficiency stems not from heat, but rather from the amount of sunlight available. Although sunny days are associated with warm temperatures, your panels will likely convert more energy when it is not scorching outside.

It is estimated that solar panels potentially run around 10 to 25 percent less efficiently on the warmest, driest days when temperatures reach at least 90 degrees fahrenheit. Although solar panels are technically less efficient on hot days, the longer hours of sunlight during Summer actually counteract this phenomenon and result in about the same amount of energy conversion.

How Do Panels Operate in Winter?

Seeing as how solar panels do not require heat at all to function properly, they can actually be more efficient in colder temperatures, as long as the sun is still shining. This is largely due to the science of the panels. In colder temperatures, electrons that revolve around atoms are actually at rest (as opposed to in movement in warm temperatures). Instead of being activated by heat, the electrons are activated by increasing sunlight, which allows a greater difference in voltage to be attained by the solar panel, thus resulting in more energy being created.

No matter when that light energy is emitted, depending upon the time of day or season, it is converted the same. This conversion is more efficient as the temperature lowers. So there is some balance to having shorter daylight in winter but more efficient processing. There is, however, still more total energy available on the average summer day. Many hours more of sunlight offsets the efficiency losses. However, panels continue to convert energy year round.

In fact, even when panels are covered in snow, they are still able to generate electricity. The dark and reflective glass found on solar panels speeds up the process of snow melt and the 30 to 45 degree tilt helps snow slide off. The only time snow becomes a cause for concern is if there is a very heavy covering on the panel that will likely not melt or slide off on its own, or if it becomes ice that is unlikely to melt for a while.

As mentioned, the most important factor in the efficiency of solar panels is direct sunlight. Although sun rays still shine through clouds on rainy days, the panels are able to perform their best and convert the most energy when in the face of direct rays. Think of how hot rays feel on a sunny day, versus a cloudy one.

The season and temperature outside do not determine the true efficiency of your panels, the summer sunlight and winter sunlight will process the same way. If you are concerned about living in a climate with many cold winter days, such as Massachusetts, know that your panels will be just as, if not more efficient, than if you lived in a warmer climate. Contact BlueSel Home Solar today to get a free and personalized estimate.