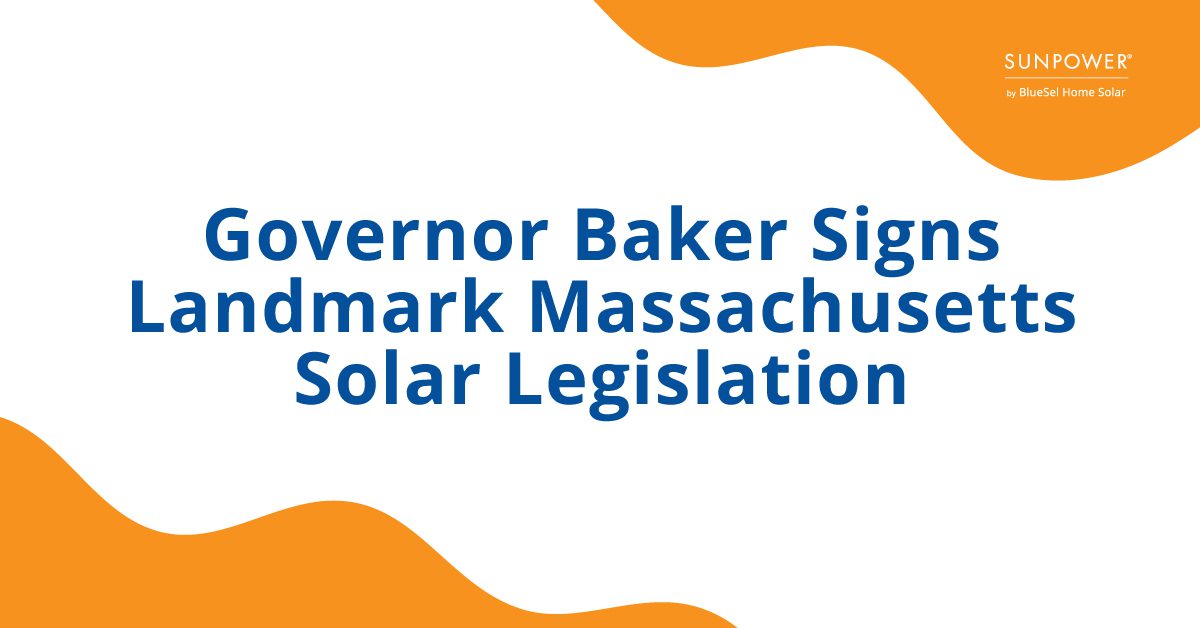 Being a residential solar system owner in Massachusetts just got better. On Friday, March 26th, 2021, Governor Baker signed, “An Act Creating A Roadmap for the Next Generation of Climate Policy” into law. The bill effectively increases the incentives of owning home or commercial solar systems in Massachusetts and sets a “long-term framework” for continued sustainable solar development within the state.

The bill helps achieve the Baker-Polito Administration’s goal of “reducing costs to ratepayers while strengthening [Massachusetts’s] clean energy economy and progressing towards the greenhouse gas reduction requirements set forth under the Global Warming Solutions Act (GWSA).”

According to the Solar Energy Industries Association, “Under the bill, homeowners and small businesses that install solar won’t see property tax increases and larger solar systems that already have an agreement in place for tax payments will be exempt from additional taxes.”

“This legislation recognizes the maturity of Massachusetts’ vibrant solar industry,” said Energy and Environmental Affairs Secretary Matthew Beaton. “The increase of net-metering cap space for public and private entities, and the lower-cost next generation incentive program, will allow for further solar development and investment in other renewable technologies in the Commonwealth.”

The further strengthening of tax and various other solar incentives creates a community where solar power is accepted, accessible, and integrated into our daily lives. At Bluesel, we believe that solar power shouldn’t be an exclusive luxury for the rich, but a valid means of energy production for the entire community, regardless of yearly income. The signing and passage of this bill by Governor Baker support that notion.

“This legislation builds upon the continued success of the Commonwealth’s solar industry and ensures a viable, sustainable, and affordable solar market at a lower cost to ratepayers,” said Governor Charlie Baker. “As our administration continues its balanced approach to diversifying Massachusetts’ energy portfolio, solar development will be an integral component of our state’s clean energy future and we look forward to collaborating with the legislature on an omnibus energy bill that includes cost-effective, hydropower generation.” [Source: Mass.gov]

More and more, residential homeowners and small businesses are recognizing the viability and benefits of renewable energy and solar development. This passage of this new legislation signifies that our state government is listening, matching the wants and needs of MA residents and business owners regarding solar power.

As Lt. Governor Karyn Polito explains, “the legislation signed into law will preserve the assistance provided to municipalities seeking to deploy solar energy while positioning Massachusetts to meet our state’s goals under the Global Warming Solutions Act.”