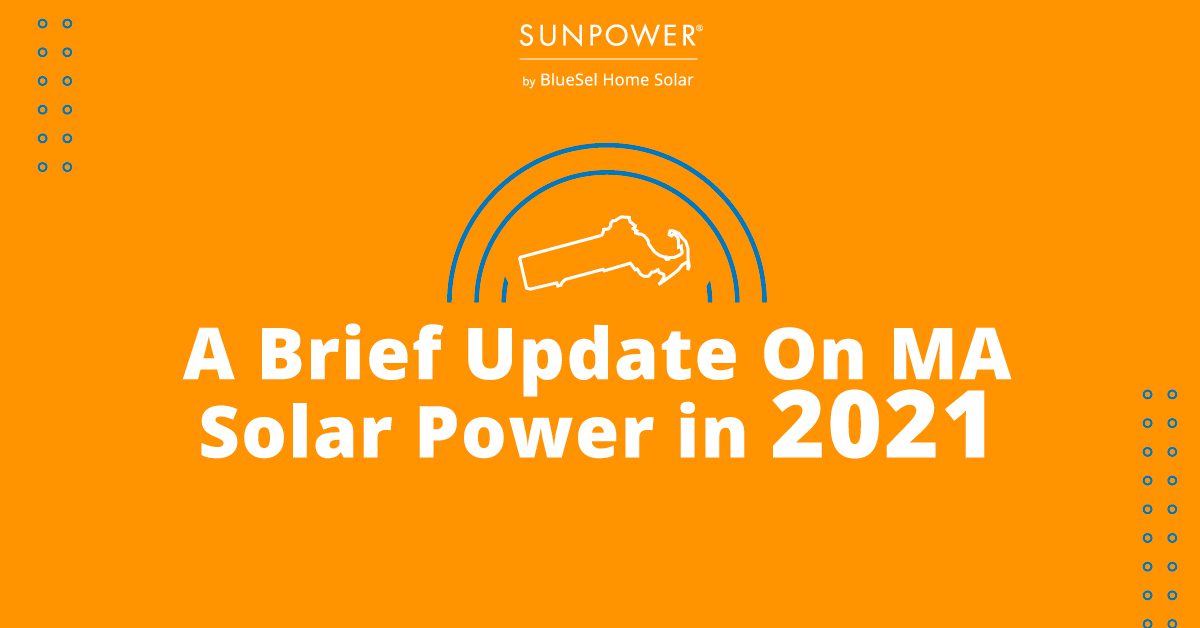 A Brief Update On Massachusetts Solar Power In 2021

The world of solar power is incredibly intriguing and, for us personally, full of wonder. While solar energy has been around for generations, we have only begun to understand and unlock the possibilities of fully harnessing and utilizing the power of our own sun.

2021 has already been smoother than 2020 (not that the bar was set that high). With the pandemic (hopefully) winding down for at least the summer, we thought it might be a great time to update everyone on the exciting things happening within the renewable energy industry.

Did you know that Massachusetts is one of the best places to have residential solar power installed onto your home or property? Alongside the always-incredible benefit of providing our local community with clean, renewable energy, solar power has gone a long way to powering our local economy.

According to the Solar Energy Industries Association, Massachusetts currently ranks 8th overall in the country for solar power (up from 15th in 2020). This includes over 485,000 homes currently powered by solar, with solar prices falling 45% over the past 5 years, making solar more financially accessible than ever before. Solar has also created and employed over 10,000 jobs within our state, keeping many people employed during a not-so-great time, including office personnel, sales representatives, technicians, and more.

What Does This Mean For You?

One of our biggest takeaways from these statistics is that solar power in Massachusetts is continuing to grow, evolve, and become commonplace within our everyday lives. Our beautiful state and its various residential solar financial programs and incentives will continue to be a national leader in clean, renewable energy and the jobs that it creates.

Solar Will Be The Cheapest Form of Electricity By 2030

With a new administration stepping foot inside the White House earlier this year, and seemingly with a strong focus on renewable energy, including solar power, there have been increasingly positive predictions for the industry as a whole, as seen here in a report by Green Tech Media:

“The U.S. Energy Information Administration anticipates that renewables will be the fastest-growing source of electricity through the mid-century. While solar accounted for about 15 percent of renewable electricity generation in the U.S. in 2020, according to EIA, that will increase to nearly 50 percent by 2050. And solar will be the cheapest form of electricity across the United States by 2030, according to a recently released Wood Mackenzie report. The consultancy expects solar costs to decline 15 to 25 percent over the next 10 years.”

What Does This Mean For You?

With solar becoming the cheapest form of energy and prices continuing to decline, especially over the next 10 years, solar innovation is only getting started. This direction set forth by the United States government means that solar energy nationwide will now receive the support it needs to grow and flourish as a provider of clean energy in Massachusetts and across the country.