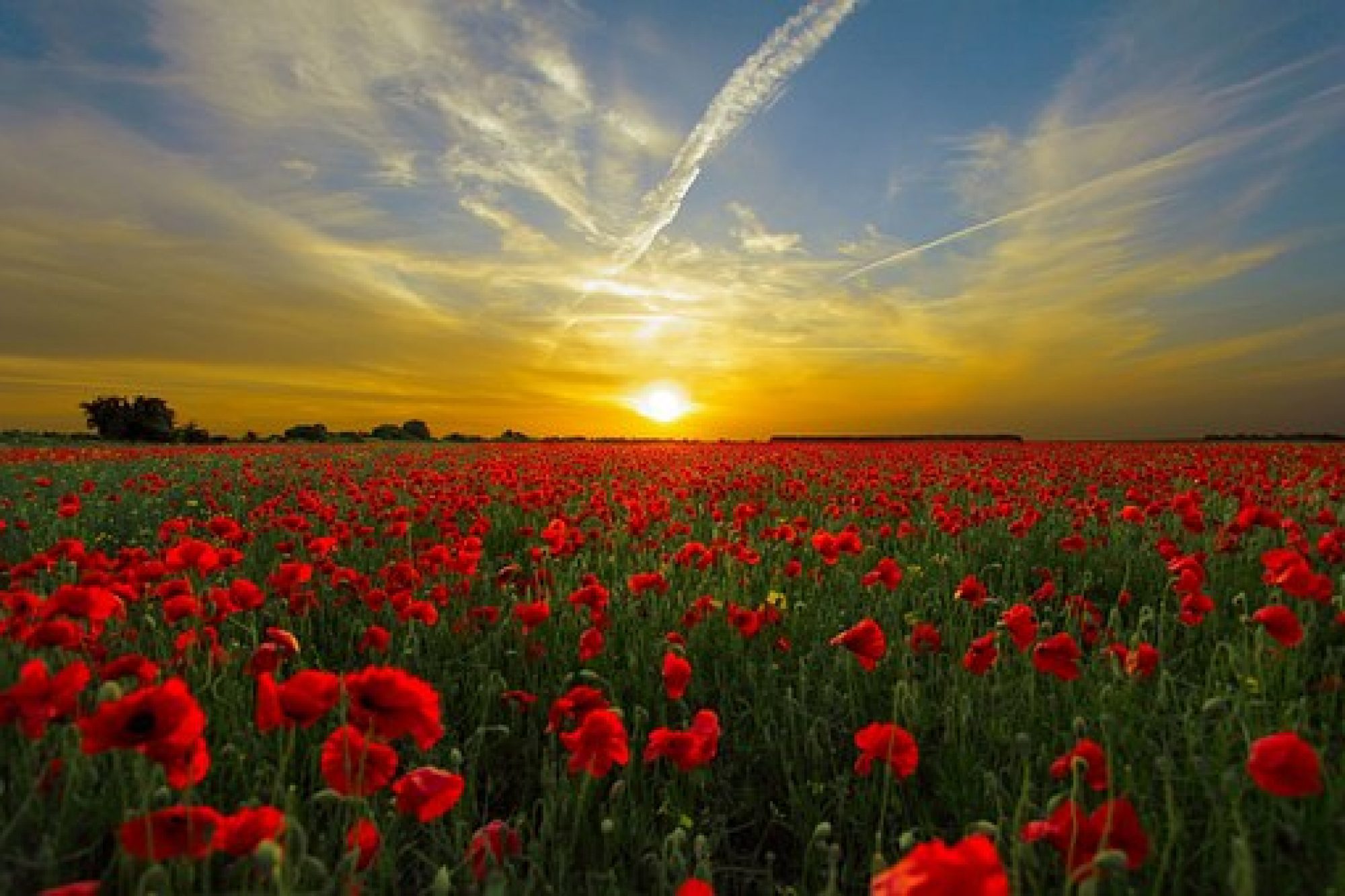 Here at BlueSel, if you couldn’t already tell, we are all kind of crazy about solar power! Solar power is one of the best sources of renewable energy on our planet, given by the very thing that provides us with life in the first place, the sun. We are passionate about staying active within the solar power community and spreading our expert knowledge of solar power to others.

This is why, in today’s blog, we’ll be covering some fun yet meaningful, and maybe even unbelievable-but-true facts about solar power. The world of solar energy is continually changing and innovating with our eyes continuously on the horizon, focused on perfecting our solar-harnessing equipment today so that we can lead the charge towards a greener, more sustainable future tomorrow. 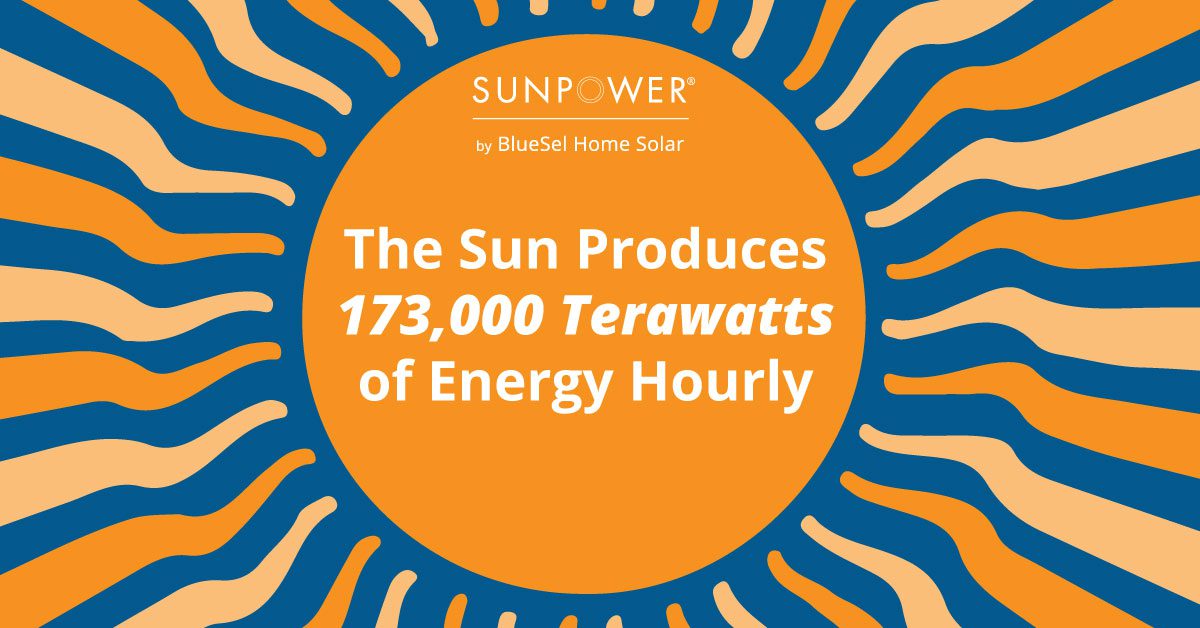 When it comes to energy, there’s no better source than our own sun. According to explainingscience.org, the sun “produces a massive 382.8 trillion trillion (yes, you read that correctly), watts of electromagnetic radiation mostly in the form of visible light, infrared, and ultraviolet light.” Every hour, the Earth receives an incredible 173,000 terawatts of energy from the sun. For comparison, in 2017, all of humanity consumed only 160,000 TWh of energy for the entire year, meaning that there’s plenty of energy left to harness within for your homes and private use.

Quick Fact: Though the sun is 90 million miles away, it takes less than 10 minutes for light to travel to Earth!

Solar Panel Installations In the United States has Surpassed 2 Million! 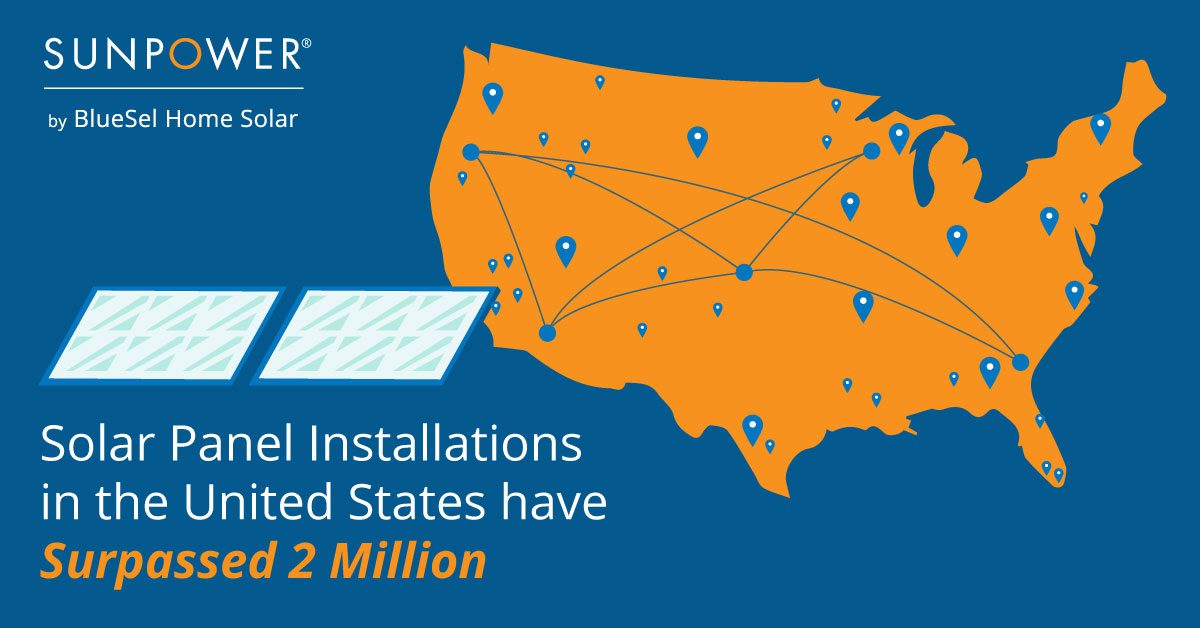 According to the Solar Energy Industries Association (SEIA), as of May 2019, “The United States is now home to more than 2 million solar photovoltaic installations,” dramatically reshaping the way that we see, view, and harness energy within our nation.

“By 2024, there will be on average, 1 solar installation per minute,” said Michelle Davis, Senior Solar Analyst with Wood Mackenzie. Across the country (and worldwide), solar power is charging forward, aiding homeowners with their utility bills, saving money, and of course, taking care of our planet through sustainable, renewable, and clean energy.

Quick Fact: The term “Photovoltaic” has two parts: “photo”, derived from the Greek word for light, and “volt”, from electricity pioneer Alessandro Volta. And that’s exactly what photovoltaic systems do – turn light into electricity!

Airplanes Can Make Trips Around the World Powered Solely By Solar 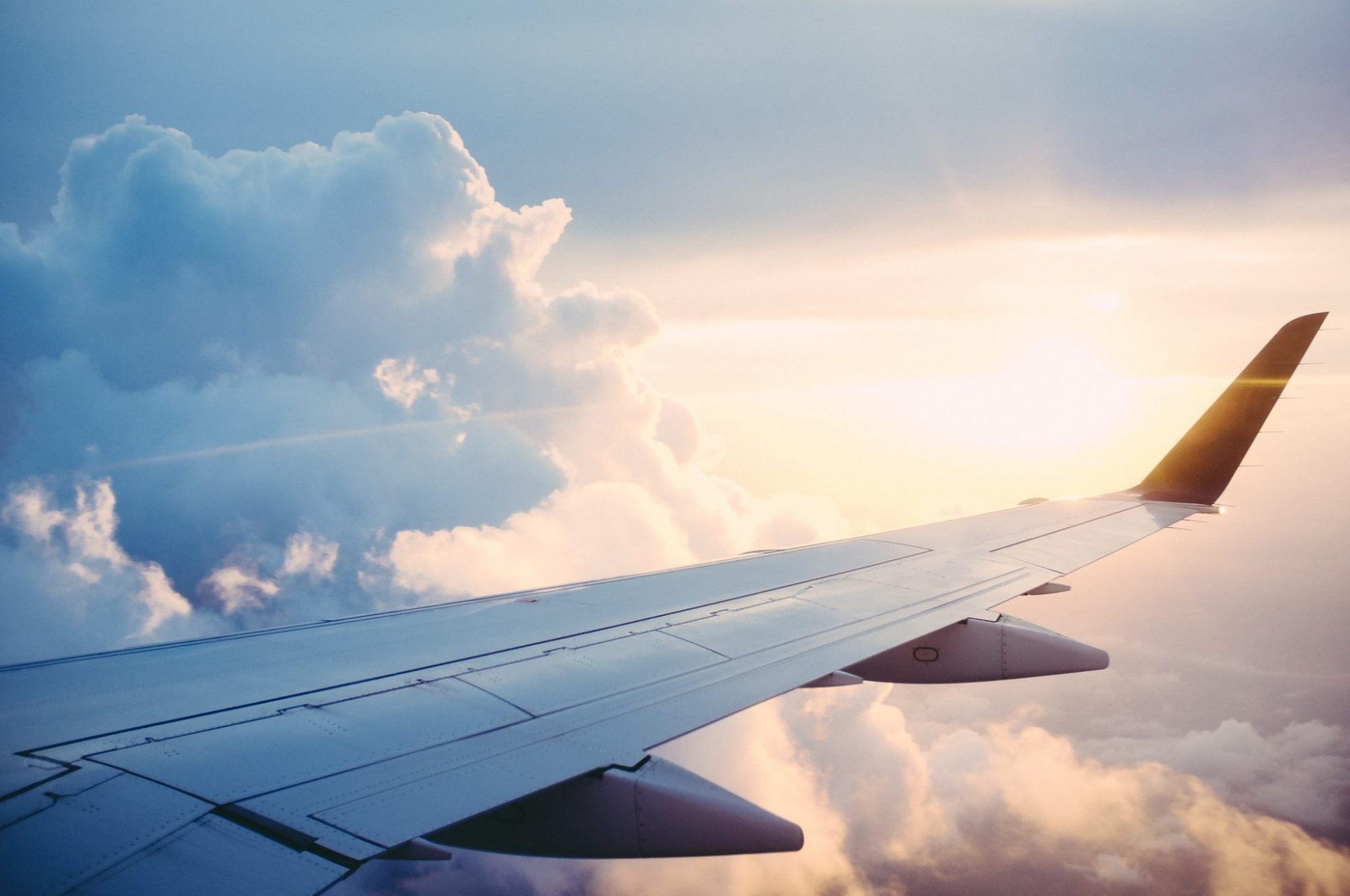 In 2016, Bertrand Piccard and his plane, the Solar Impulse 2, made a groundbreaking trip around the world, using only solar as a power source. In fact, Piccard enlisted SunPower’s unique and innovative solar technology to make the trip a success.

Aimed at showing the world the vast potential of renewable energy, the Solar Impulse 2 carried more than 17,000 solar cells on its wings, providing it sustainable energy for the duration of the trip. Speaking with the Guardian, Piccard explained that he wanted to show the importance and usefulness of solar power and renewable energy through this monumental task.

Quick Fact: Edmond Becquerel was the first person to realize that sunlight could produce an electric current in a solid material in 1839, but it took more than a century for scientists to fully understand this process and develop a practical solar cell.

Interesting, right? We love boosting our solar IQ! While clean-running residential solar panels are the best way to support the solar industry, your wallet, and the planet, solar power is all around us! Every day, solar energy becomes more ingrained within our society, extending to gadgets, travel, businesses, theme parks, and much more.

Solar power and renewable energy sources are incredibly powerful and will continue to grow in significance in regards to our homes, our communities, and even our world economy. Through scientific research and innovative exploration, the power of our own sun guides us through the darkness towards a bright future.

At BlueSel, we believe in sustaining the future through renewable energy today. If you have any questions at all regarding solar power, our experts would love to chat with you.