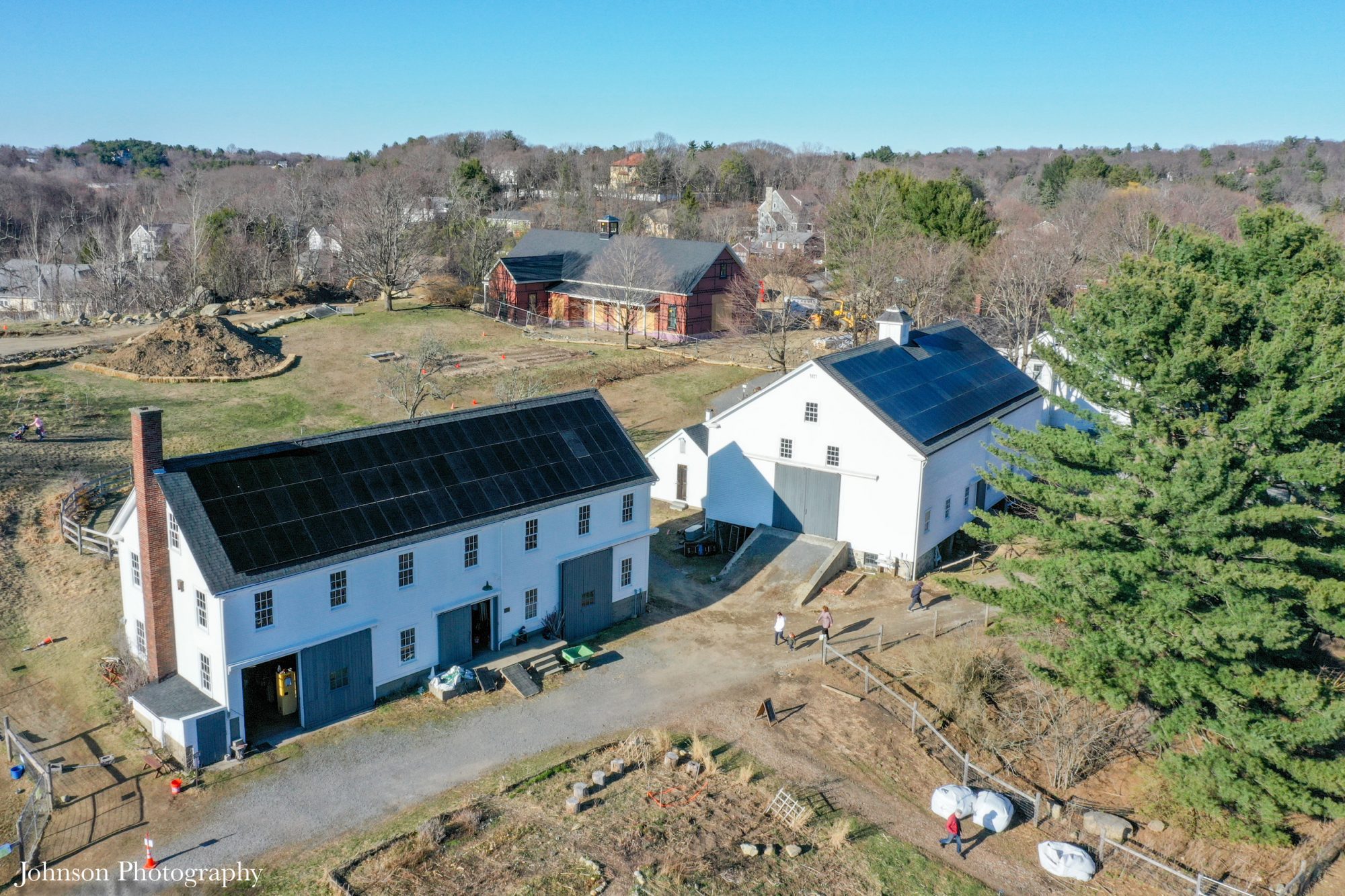 On June 23, 2020, the Wright-Locke Farm held a ribbon-cutting ceremony to officially unveil their new solar-powered historical facility, complete with SunPower solar panels. As one of the first examples of a solar panel installation done on a nationally registered property, the project was a groundbreaking effort in energy conservation and sustainability in regards to the National Register of Historic Places. 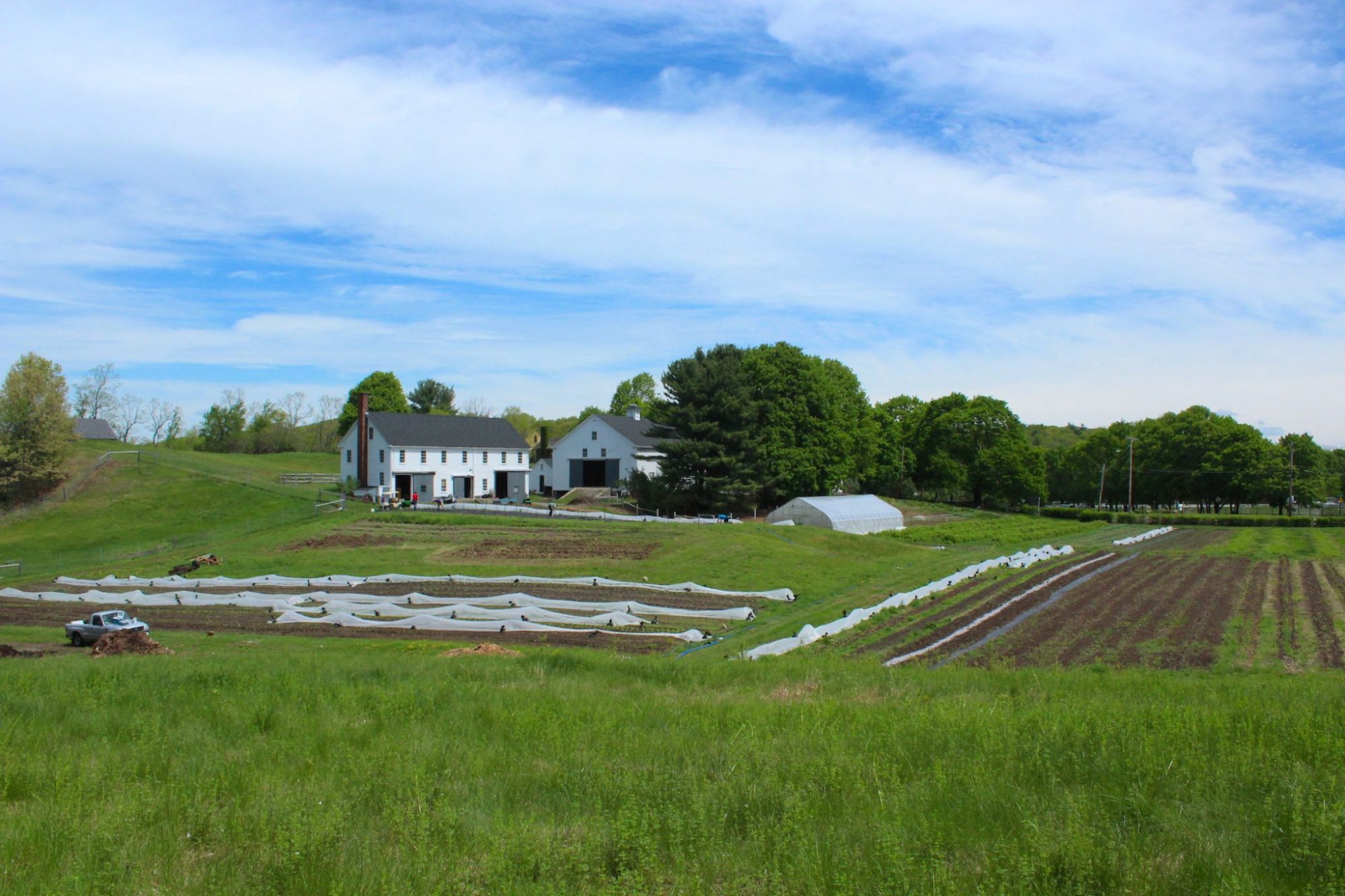 About the Wright-Locke Farm

A non-profit community farm in Winchester, MA, the Wright-Locke Farm has been in operation since 1638 (382 years old!) and provides a fun place to visit for the entire family. The farm offers freshly grown and certified organic fruits, vegetables, and flowers sold through farmers’ markets and at their on-site farm stand, educational programs for children and adults, public and community events such as concerts, and private rentals. Furthermore, the farm is home to gorgeous hiking trails through conservation land and offers seasonal volunteer opportunities.

The Wright-Locke Farm also serves as a “food hub” for various local farmers and producers in Massachusetts and New Hampshire, allowing them to sell products through the Wright-Locke farm stand or online, supporting the local New England farming community.

The farm has been owned by three families throughout its history, from the Wright family to the Locke’s, and finally the Hamilton’s in the mid-1900s. In 2007, the town bought the farm to preserve it and its 20 acres of sustainable farming land, transforming it into a cultural hub of organically grown food and conservation efforts. With the community and local representatives’ support, Wright-Locke Farm’s executive director, Archie McIntyre, decided that it was time to install solar power on farm property.

Why Did Wright-Locke Farm Choose To Go Solar?

As McIntyre puts it, “solar power is so important and will become even more so [in the future]. We wanted to change perspectives on putting solar panels in historic districts. The climate issue is an overarching issue that goes well beyond any concerns of protecting buildings.”

The Wright-Locke Farm employees, volunteers, and community believe in land stewardship and responsible operations. Since the beginning, Wright-Locke Farm has been a bastion in sustainable farming, allowing the farm to preserve its many beautiful acres of land and grow fresh and organic produce, becoming the sustainable agriculture model. McIntyre’s goal of going solar started in 2015, and five years later, that goal was accomplished.

However, getting the approval to install solar power onto the working barn, Squash House, and the community event’s location, the 1827 Barn, was no easy task. In Massachusetts, it is illegal to alter the exterior of nationally registered historic buildings without the Massachusetts Historical Commission’s express permission and the request met resistance for several years. But, with the support of the community and state Sen. Jason Lewis and state Rep. Michael Day, the Winchester Historical Commission finally voted and gave unanimous approval for Wright-Locke Farm to begin their solar project.

“The most exciting aspect of the project was getting the approvals,” McIntyre explained, “it was a long process, and actually seeing the work commence was extremely rewarding.” 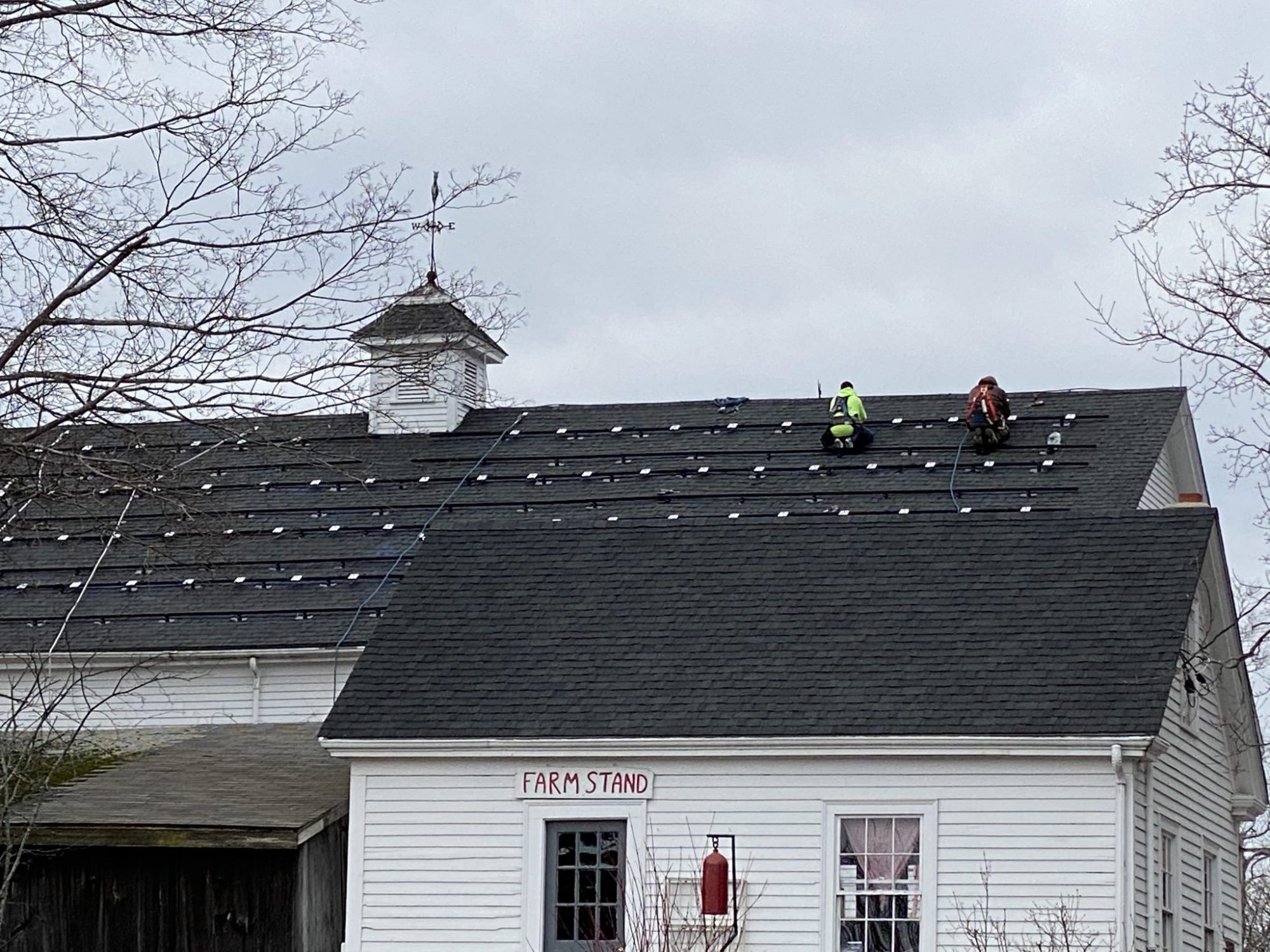 After the approval, BlueSel went to work installing 172 panels with the potential to generate 54,000 KWh per year, effectively taking the farm’s non-renewable energy consumption to net zero. The panels essentially eliminated reliance on fossil fuels, providing all electrical and heating needs, leading the charge toward a solar-powered future.

“We’re working to eliminate as much carbon from our footprint as possible,” said McIntyre, “we converted the heating system in the farmhouse to air source heat pumps, which are also run by solar. The only fossil fuels used are for our tractors and equipment. We’re very pleased with the project and have wanted to do it for a long time.”

McIntyre goes on to express his immense satisfaction in working with SunPower by BlueSel to get the panels installed onto the two registered historic buildings. It was very clear from the start that BlueSel had to minimize the solar array’s visual impact, a challenging, but understandable request.

“[BlueSel] was well aware and able to help us accomplish that,” McIntyre said. BlueSel used specific, all-flat back panels without any silver lining, reducing visibility and glare. BlueSel also installed the panels in a tight, neatly-formed, grid.

“It was a well-executed project,” McIntyre excitedly explained, “and they were able to give us a non-profit rate, saving 15% of the costs of the job.” 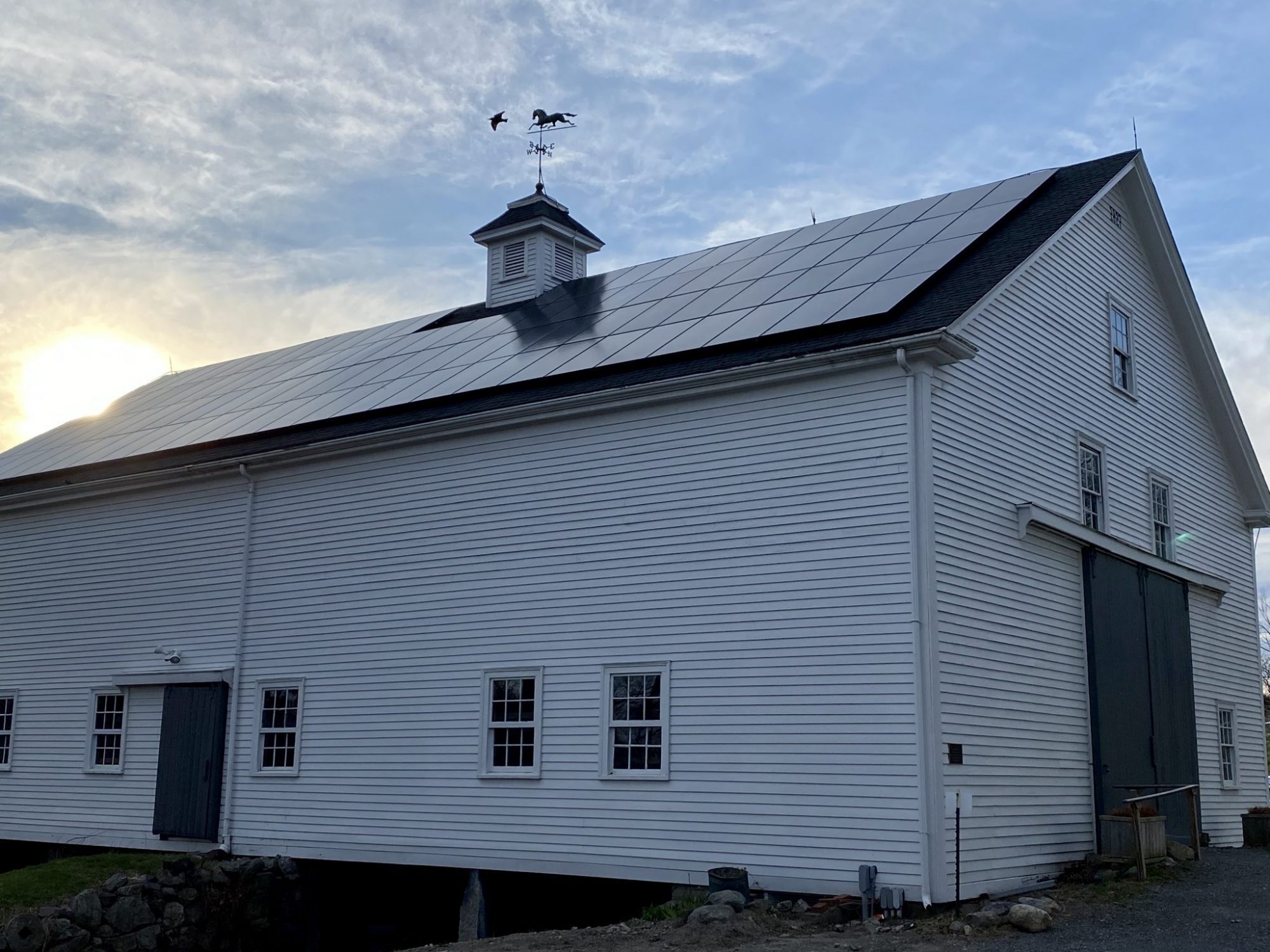 A Sustainable Future on the Farmland

Archie McIntyre was a Wright-Locke Farm volunteer in 2010, before becoming a full-time employee in 2013. After looking into solar in 2015, McIntyre was finally able to see the completion of the project in 2020, 10 years since his start, transforming the already eco-conscious farm into a role model of renewable resources and sustainability.

It’s poetic that the future of energy has been around since the dawn of time. Just as farmers rise with the sun, so will the energy used to grow and farm the everyday products that we use daily such as fruits, vegetables, and animal products. At BlueSel, we’re honored to be a part of this groundbreaking project, combining Massachusetts history with sustainable, renewable solar energy.