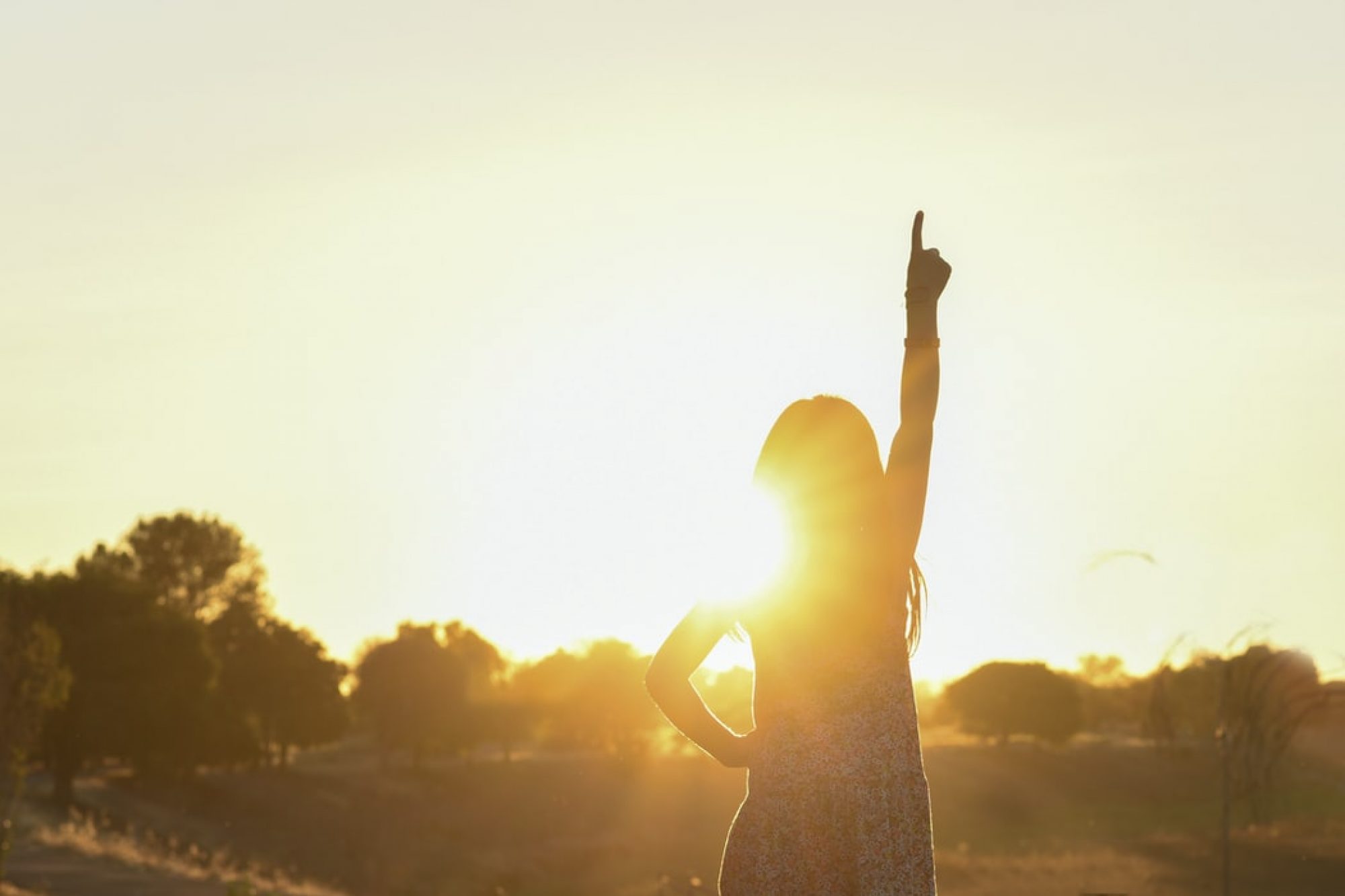 Solar energy is rightfully garnering more attention throughout the world due to its positive impact on the environment and long term financial benefits. Renewable energy is becoming the norm in communities around the world, and as a result, homeowners are more educated than ever on the science and benefits of solar.

But what the average homeowner understands about solar energy is really just the tip of the iceberg. There are lots of benefits and fun facts about solar energy that will further your love of one of the most popular renewable energy sources in the world.

Here are 3 things you probably didn’t know about solar. 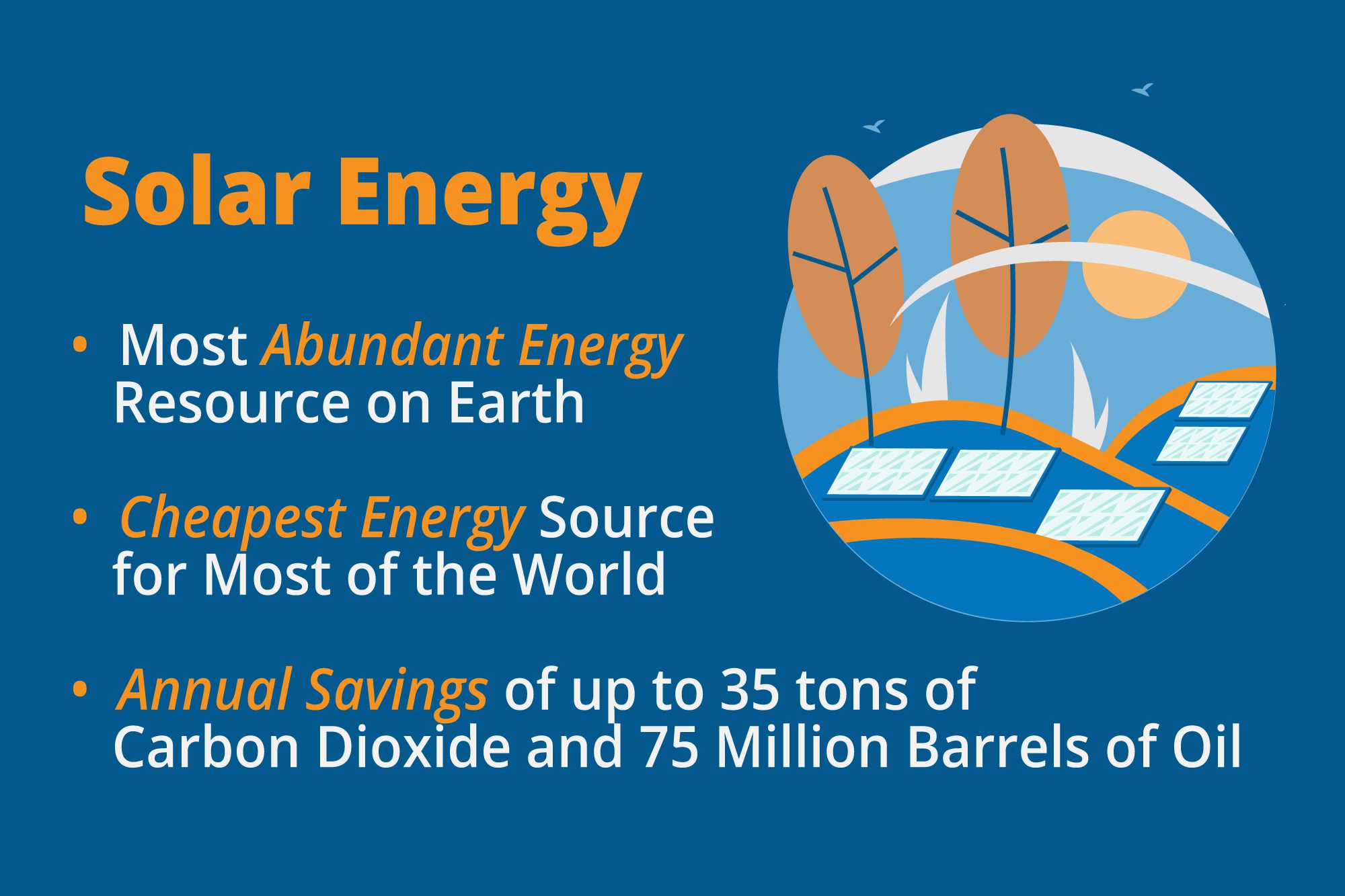 Solar energy is the Most Abundant Energy Resource on Earth

Maybe you already knew this fact, but you probably didn’t realize just how important it is. According to Energy.Gov, “173,000 terawatts of solar energy strikes the Earth continuously. That’s more than 10,000 times the world’s total energy use.”

To best illustrate what this means, we’re going to use some terms and units of measurement you might not be familiar with. On second thought, maybe we’ll let the writers from this Business Insider article handle that part, “Each hour 430 quintillion Joules of energy from the sun hits the Earth. That’s 430 with 18 zeroes after it! In comparison, the total amount of energy that all humans use in a year is 410 quintillion Joules.”

In human terms, that means we receive enough energy from the sun every hour to power the earth for a year.

Solar is the Cheapest Energy Source for Most of the World

We’ve covered in previous articles how solar energy can help homeowners achieve financial stability, but these financial benefits of solar extend beyond just the United States. An article from Bloomberg.com may have best explained the renewable energy revolution over the last decade, writing,  “A decade ago, solar was more than $300 a megawatt-hour and onshore wind exceeded $100 per megawatt-hour. Today, onshore wind is $37 in the U.S. and $30 in Brazil, while solar is $38 in China, the cheapest sources of new electricity in those countries.”

Solar power has become a great way for Americans to save money on their electric bills, but it’s also led to better and more affordable power throughout the world. 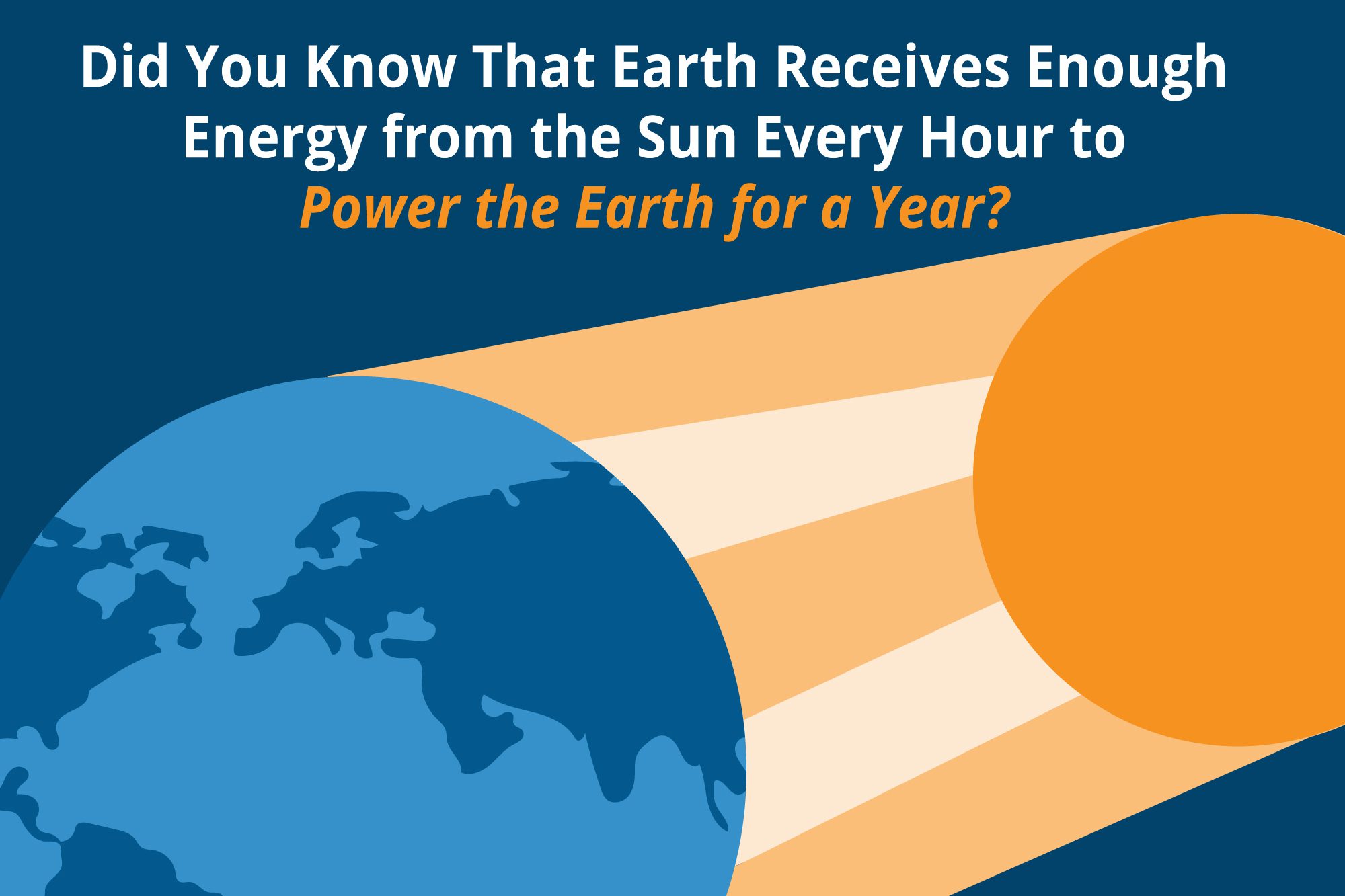 The benefits of solar energy on the planet are substantial, but the specifics on how much converting to solar energy can benefit the planet are truly eye opening. Energy pollution causes the highest rate of air pollution throughout the world. And, according to American Geosciences, “The three major fossil fuels—petroleum, natural gas, and coal—combined accounted for about 77.6% of the U.S. primary energy production.” This means the vast majority of American homes are still running on energy that is emitting CO2 and Methane. This is the culprit behind the shockingly high carbon footprint per home in the United States.

Not only does using solar energy reduce our dependence on fuels like coal and natural gas, it also potentially slows global climate change, and undoubtedly reduces our overall carbon footprint.

The solar energy revolution is truly just beginning. More and more jaw dropping information will continue to be learned, and as homeowners continue to convert to solar energy, the planet will benefit. To learn more about solar energy, or to begin enjoying the benefits of solar panels, contact us at SunPower by BlueSel today.