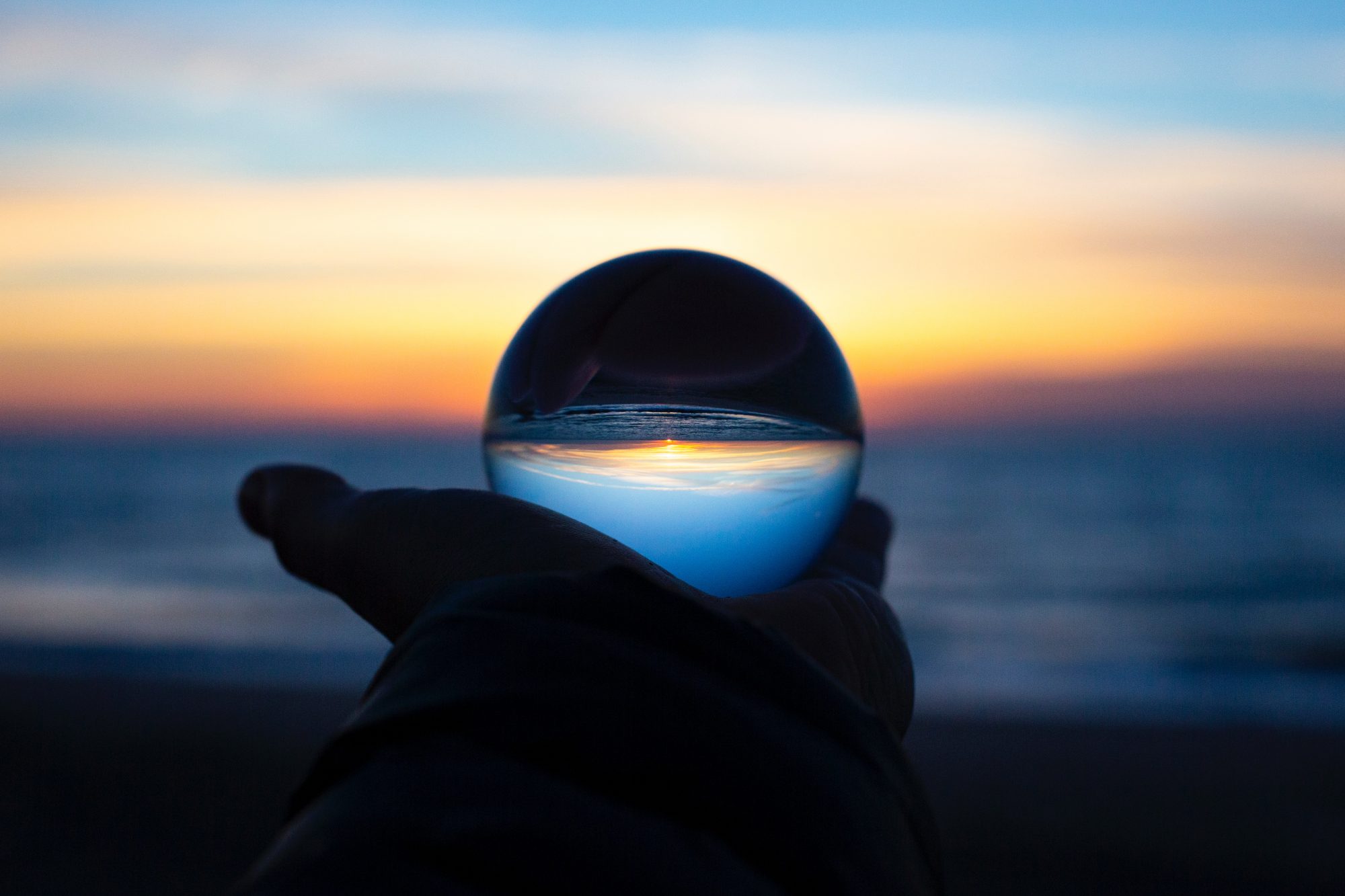 It’s a fact that the sun emits enough power every second to meet the total human demand on earth for two hours. This statement would most likely have people assuming that our planet is run almost entirely on solar power. In reality, though, only two percent of the world’s energy comes from solar power, according to a Harvard study.

Now imagine a world where over 50% of our energy comes from solar power. What would that world look like, and what, if anything, would change drastically? Here is our educated guess on what a solar powered future would look like. 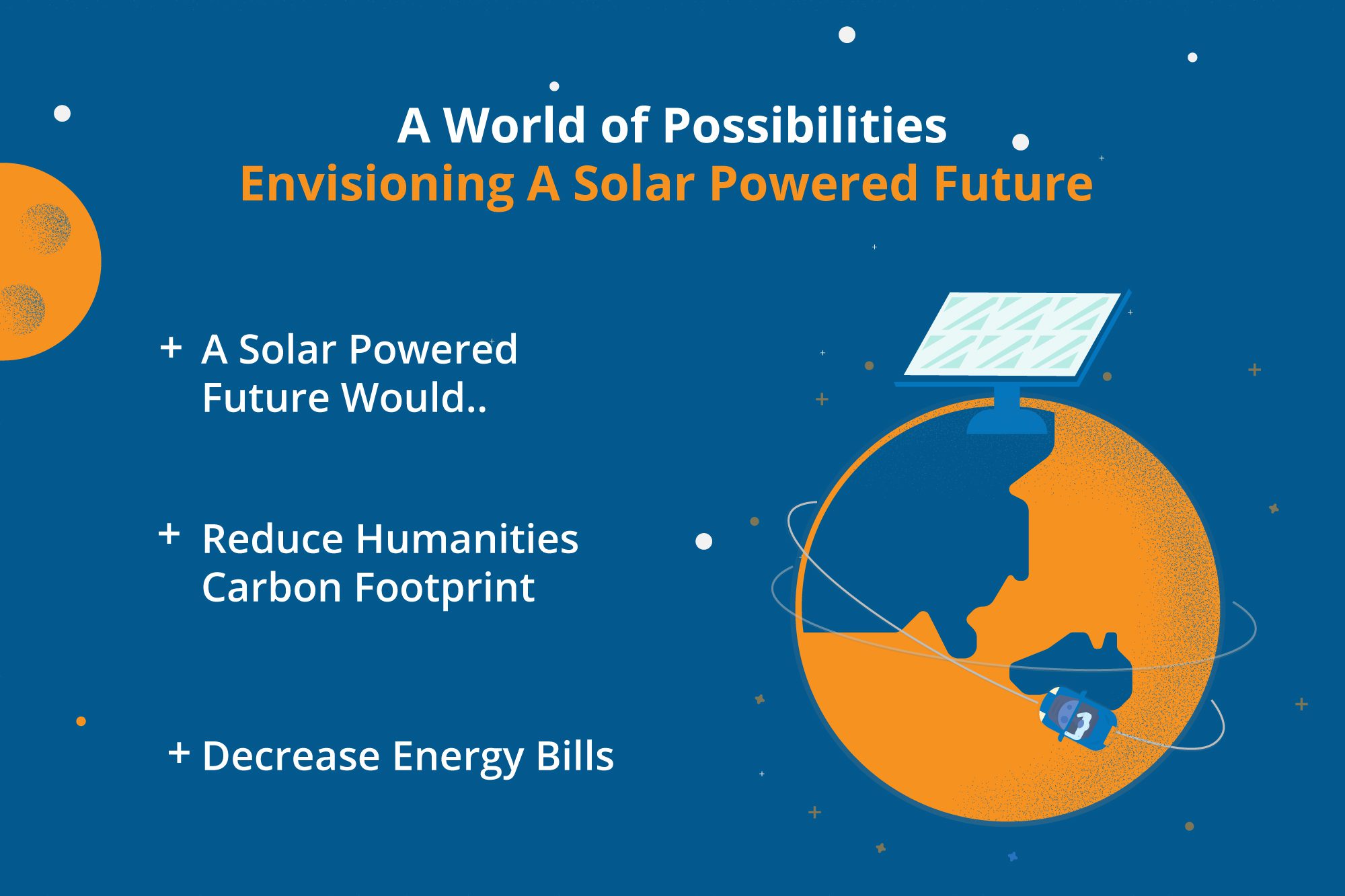 One of the major draws of solar power is that it’s better for the environment than fossil fuels. This is objectively true. The most significant way fossil fuels damage the environment is through their carbon dioxide (CO2) emissions. Solar panels, on the other hand, don’t produce air pollutants or CO2, and as a result, they have very little impact on the environment.

Assuming the world made a significant shift towards solar power and away from fossil fuels, the amount of C02 and air pollutants being emitted into the atmosphere would reduce drastically, which would in turn reduce the carbon footprint of humanity. While certain aspects of climate change may be too far along to undo, switching to solar power can help the planet avoid drastic consequences.

Energy Bills Would be Massively Reduced

This might be the most impactful change of a solar powered future for homeowners. As part of a report by The Green Building Council on the benefits of solar energy, the author stated “in Washington, D.C., which has an average amount of sun, there is enough (solar energy) to power our house of three kids and two adults at net zero energy consumption.” This is an eye opening statement that puts into perspective just how impactful switching to solar can be.

When using solar panels, the sun’s energy will be harnessed to power your electricity, and on days where the sun isn’t as prevalent, solar panels can tap into a reserve of energy to keep things up and running. 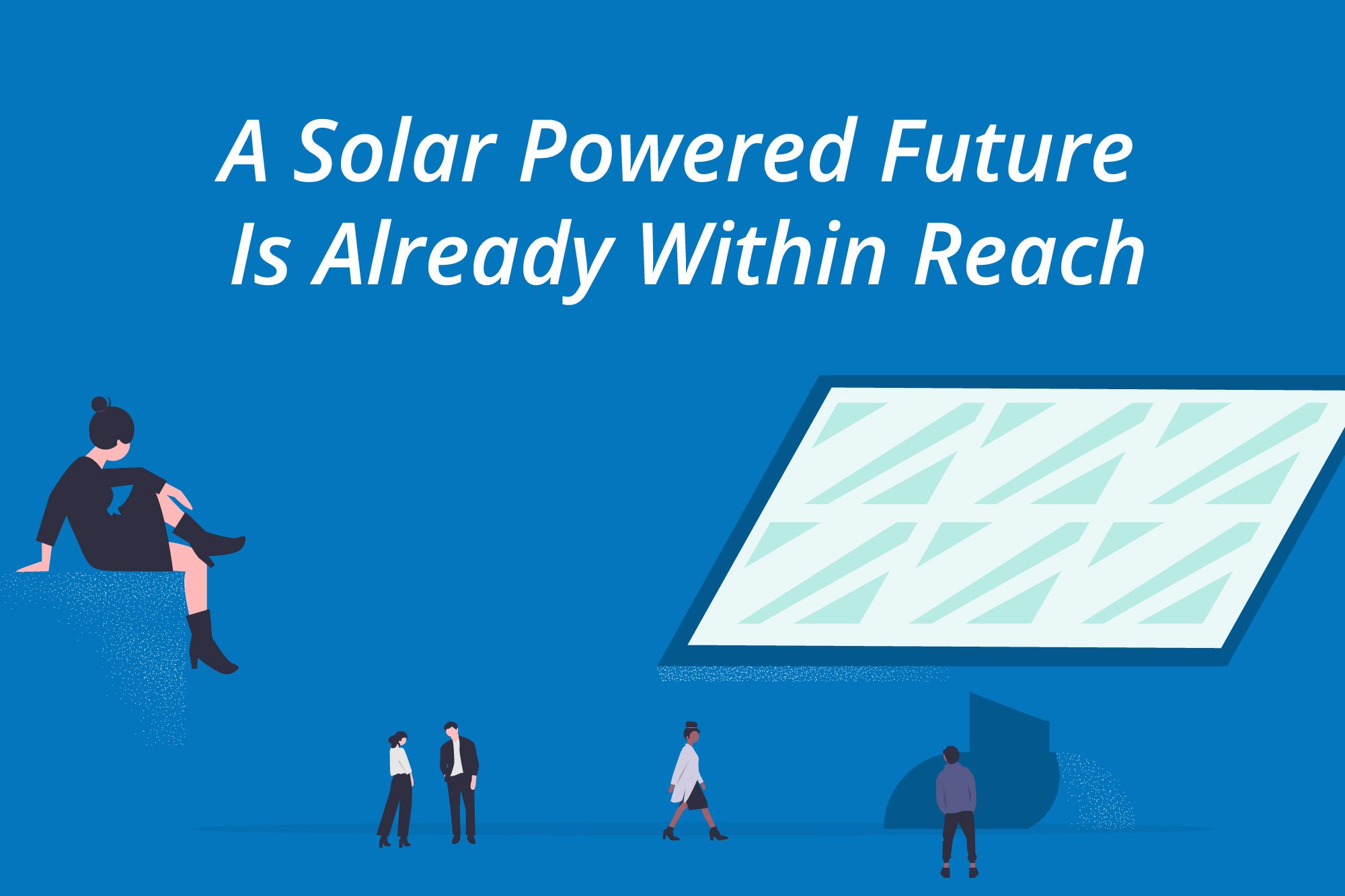 The Value of Homes Would Increase

According to Wholesale Solar, solar panels increase home value by roughly $17,000, while the average cost of installing the systems are closer to the $10,000 range. This means not only will homeowners recoup their investment, but they’ll also turn a profit by going solar.

In other words, in addition to improving the health of the planet, and cutting down drastically on energy bills, homeowners can also make some money by installing solar. And rather than improving the value of homes aritificially, the solar panels will genuinely improve the functionality of the home.

A solar future would prove to be beneficial for more reasons than these. While these three aspects of a solar feature may be significant, dig deeper and learn more about just how solar power could change your home, your daily life, and your future.